Le struggle from month one to month two has been real. I’ve had to re-twist my locs three times already. Allow me to explain. Y’all know I’m the ultimate DIY person when it comes to my own hair. I decided to do the re-twist on my own.

Words for the wise, YouTube can be deceiving. I wanted to transition away from using a ton of products on my locs so I sought out a more natural route. Aloe vera gel. 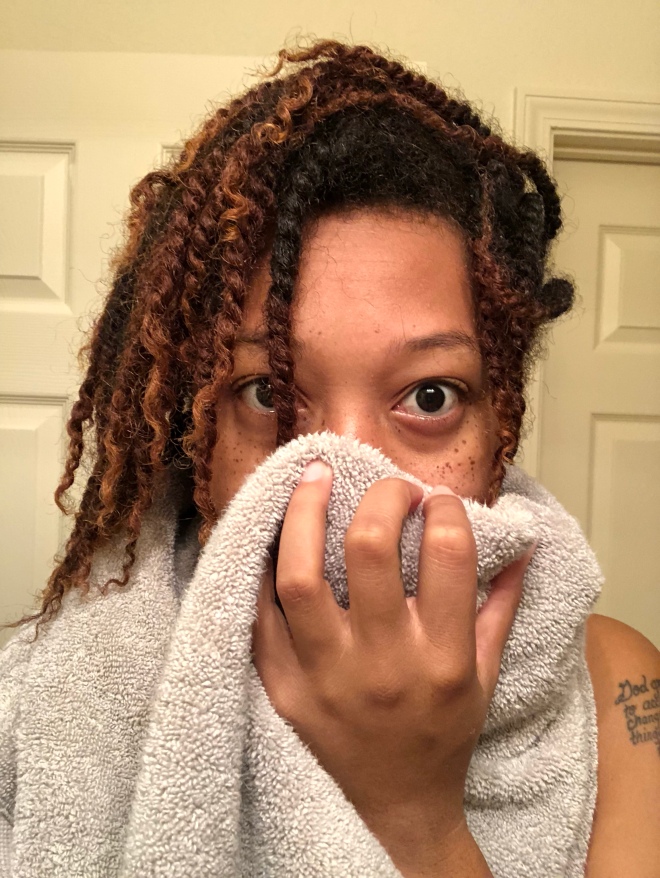 Between leaving the day party and coming home, my friends and I visited the hair store and I decided to just give the Talia Waajid Lock It Up Gel to do my re-twist.

Perfect……….until it started unraveling like hell. So instead of washing and re-twisting again, I just rocked it. I was half way between looking like the process was coming together and folks giving me the “I don’t know what’s going on but I know you’ll figure it out” look. Nonetheless I was anxious for the two weeks to go by so that I could wash it again.

Wash day was routine with the TW pre-shampoo and shampoo. This time for my re-twist I chose to do so using oil only.

Viola! Perfect re-twist! Little to no unravelling! I’m proud to say that I’m on week 3. I’m going to listen to my hair and continue my re-twists the same way! 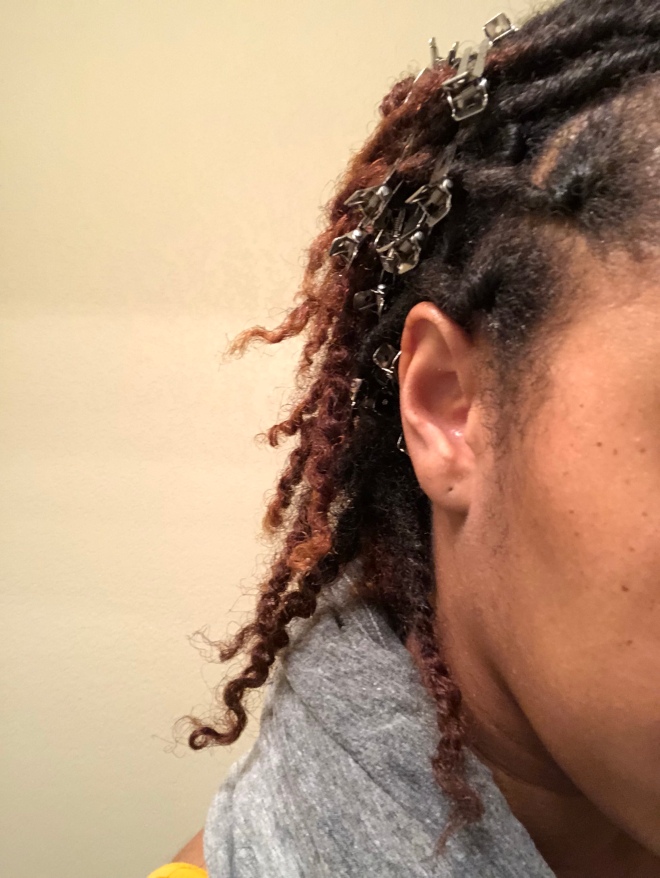