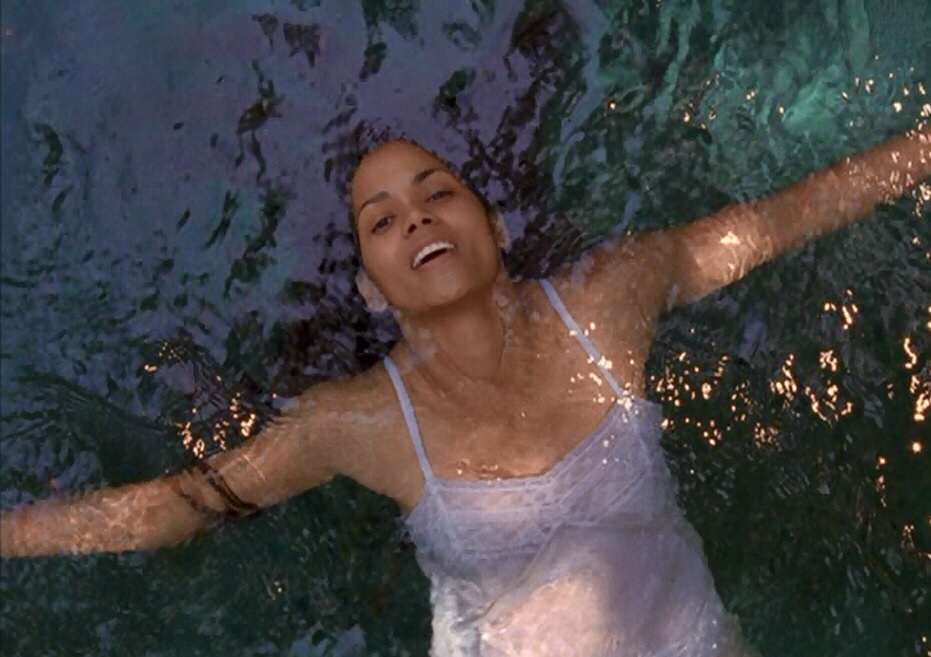 Nanny: Janie, what in the world are ya doin?

This is a classic line from my favorite book and favorite movie Their Eyes Were Watching God by Zora Neale Hurston. Watch it. Read it. Speaking of reading, if you haven’t checked out my blog about visiting the Dominican Republic, stop here and do so now.

All done? Good. Now this is about how I learned how to swim while I was there.

When I tell you I’m terrified of water being in my eyes, nose and ears, I’m not exaggerating. Just terrified. Somewhere in my childhood I was told that water can and will ALWAYS kill you. Makes sense because sometimes it does. But it makes even more sense to be able to swim “just in case”. But I digress. You know its bad when you’ve had a panic attack before because water hit your face in the shower. Sue me.

So we’re riding in the van and everyone is talking about how excited they are to swim. Everybody except me. Scaredy pants over here didn’t contribute to the conversation until someone asked why I didn’t seem excited about the beaches. The convo went a bit something like this:

Group: Rocky are you excited about the beaches?

Me: (mumbles) yeah but I cant swim

So a lady named Ely turns around to tell me that she will teach me. Now Ely and her husband were from Italy yall. Her English wasn’t as fluent as her Spanish (which I don’t speak either).  So with a combination of my terrible middle school Spanish, Rafael’s translations (when he was awake) and hand motions, I learned the basics. Right there in the van.

I chose to learn swimming underwater first. May as well knock out the hardest part first right?

the water being cold didn’t help my cause. First order of business was to get my face used to being wet. I’m 5’9″ 1/4 on my worst days and even though at any moment I could stand up, I was still overwhelmed with the task at hand. After fifteen minutes of breathing exercises, I went back at it. Nailed it.

Ely: (waits ten minutes then swims away and comes back)

Floating face down wasn’t too bad only because it directly followed breathing underwater. Everything else was a breeze. I quickly found that my feet actually doubled as flippers. Who knew? She taught me the freestyle stroke, breast stroke and backstroke. I had psyched myself out for no reason.

It was rough. But when I caught the hang of it, you couldn’t tell me nothing!

Below is live footage of Ely teaching me how to float. Oh floating ain’t swimming? Ya shittin me! I just said I don’t do water in my ears didn’t I? Something shifted within me while I was in that water though. it was as if I became in tune with it. I started with eyes closed and then they were open like they’ve never been before. It gave me a sense of what I imagine being in the womb felt and sounded like. Perhaps me going underwater and coming back up was a rebirth. Whatever it was, it felt supernatural and I haven’t felt the same since. I feel like I can now conquer ANYTHING. I believed I could, so I did.

***This woman didn’t know me from a hill of beans (country saying for stranger). She was merely on vacation just like me. But I can’t thank her enough for not only teaching me a skill that could potentially save my life, but for helping me to conquer what I feared was unconquerable***